STATUTE OF THE INTERNATIONAL LITERARY CONTEST
dedicated to the 75th anniversary of the birth of Victor Shnitke, poet and writer.

Founder of the contest: International Union of German Culture (IUGC) 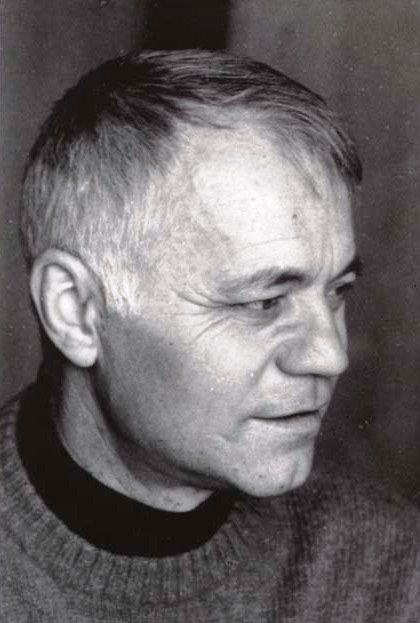 Victor Garrievich Shnitke, who possessed a powerful poetic voice, was born in Engels, 1937.  He is the author of many poems and prose works. He lived in Moscow, died in Regensburg, 1944, during his trip to Germany. Shnitke wrote poems in Russian, German and English. “Stimmen des Schweigens” (“Voices of the silence”) is the only book in German that was published in Shnitke’s lifetime. Although he didn’t win as much fame as his elder brother Alfred, Victor Shnitke was tremendously talented, and the respect for his work is coming gradually.

The contest is organized in terms of the movement “Vanguard” in the programme of assistance for German minority in Russian Federation.

AIMS AND OBJECTIVES OF THE CONTEST

- to attract attention to the services of Russian-Germans who made a significant contribution to the literature development;

- to increase the interest in German language and Russian-German culture;

- to attract attention to different prose and poetic genres;

- to support the creative work of Russian-Germans and other authors who write in Russian and German;

- assistance to the translators working with Russian-German literature;

- to rouse the national self-awareness of Russian-Germans;

- to consolidate the friendly relations between Russia and other countries.

NOMINATIONS OF THE CONTEST

By the evidence of Victor Shnitke’s childhood friend, Nina Leontieva (now she’s a professor of the Lomonosov Moscow State University), the poet wanted to translate his German-language poems to Russian and the Russian-language ones to German.

Works of the laureates and other participants in this category will be published in Victor Shnitke’s poetry collection in the series “The Mirror Poems” (“Spiegelgedichte”), on the initiative of the IUGC publishing house.

PARTICIPATION IN THE CONTEST

Authors who write in German and Russian languages can take part in the competition, regardless of their age, nationality and geographic location.

Publishers, public organizations, mass-media, literature magazines, literary critics, writers’ unions and other literary organizations have the right to nominate for the contest, too.

The participants can put forward only the works that meet these requirements of content, genre and design. Only the works that haven’t taken part earlier in other contests are considered. Both the manuscripts and the published works are acceptable. Works in co-authoring are also permitted (in that case all the information about the co-authors must be presented in the application). Works under the assumed name can be put forward (but the real name must be specified in the application). Names of the real people aren’t permitted as the assumed names.

The fact of sending the work and all the accompanying documents means that the author: 1) accepts the terms in this agreement; 2) is agreeable to the royalty-free publishing of his works (book and electronic format).

DESIGN OF THE WORKS

Olga Martens, the chairman of the organizing committee, - First Deputy President of the International Union of German Culture

Elena Saifert, the chairman of the jury, - writer, PhD

Oleg Cling, professor of the Russian State University for the Humanities (Moscow)

The jury works in the mode of e-mail correspondence, as its members live in different cities.

ORDER OF SENDING THE WORKS ON

The competitive works and accompanying documents are sent by e-mail.

Victor Shnitke had two home cities: Moscow and Engels. Two coordinating centers will work during the contest: in the Volga region (place where Victor Shnitke was born) and in Moscow (where he lived). Works from the Central and North-Western region, the Urals, Western Syberia and CIS countries are to be sent to Moscow. Works from the Volga and Southern region, Eastern Syberia, the Far East , Germany and other countries are to be sent to Volga region.

DATES OF THE CONTEST

Accepting of applications: from 1 July till 15 September 2012.

From 15 September to 1 October the organizing committee assembles the works and prepares them for the jury’s examination. The organizing committee passes to the jury only the works meeting the contest requirements. The jury works from 1 October to 1 November 2012. The Jury will determine the long-list of nominees (up to 15 authors in each category) and the short-list (up to 5 authors in each category).

The only laureate in each category will be defined on the ground of the short-list.

Awarding the finalists will take place in December 2012.

INFORMATION PARTNERS OF THE CONTEST